Landscape, culture, sports and resting are four of the main attractions of the Vall de Boi. 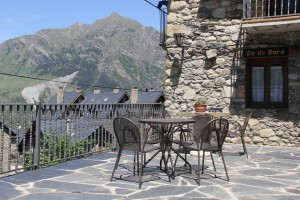 The landscapes of the National Park Aigüestortes

With a total area of ​​40,852 hectares covering four counties in the Pyrenees, the park is an interesting example of the action of the Quaternary glaciers on granite and slate. The landscape is notable for the presence of valleys in a “U” and more than a hundred lakes, which makes this area the most important lake area in the Pyrenees.

We can’t forget the variety of flora and fauna. A visit to the park is advisable to walk through it through.

Knights by making access an area of ​​natural lakes. Emphasizes Comaloforno (3033 m) and Besiberri (3030) as well as the mountains of Tumeneia, Ice Lakes, Punta Alta and Gran Tuc de Colomers at 2933m, not to mention the refuge Ventosa i Cavell. However, the visit to the park can also be performed using ATVs can be hired at the Plaza in the village of Boi. It is a comfortable alternative and less onerous. Remember that Aigüestortes National Park has two entrances; one for the Boi Valley and the other in the area of ​​Espot, in the region culd.

The Boi Valley offers one of the most important Romanesque churches in the world.

They are buildings that were built during the eleventh, twelfth and thirteenth artistic styles from northern Italy, also known as the Lombard Romanesque. In addition, the high towers stand the murals of the churches of Santa Maria and Sant Climent. The proof of the cultural significance of these churches is that UNESCO recently awarded the distinction of World Heritage.

To hire guided tours in all the churches of the Valley can approach the Interpretation Centre of Romanesque core Erill la Vall where you know other cultural and anthropological aspects of the area.

The resort Boi Taull Resort is a winter attraction as it offers the ski resort. In spring you can also practice other sports such as rafting, canyoning, hidroospeed, kayak …

But the Boi Valley offers many alternatives to practice adventure sports: rafting the river Noguera include Ribagorçana and canyoning. Canoeing enthusiasts can head to the swamp of stairs, near the town of El Pont de Suert. The riding is another possibility that we can practice in the village of Barruera.

The rest of Caldes de Boi

The hotel Rantiner recommends other cultural activity such failures Taüll held the third Friday in July. That’s when fallaires rise in the place known as Faro (pyramidal form with trees). Once lit Faro faults and begin the descent towards Taüll.

It also celebrates the descent of the different peoples of the fault zone.

The 3rd weekend of July is celebrated the party town in Taüll.

Friday from 11 at night is lower and rantiners faults. The torches made of a single piece of pine with which makes downloading are called Rantiner. Here is the name of our hotel.